Eric Stoop from Infinileads SL meets up with Fiona Hickey, Head of Sales  from Push Gaming to get some insights about the history of Push Gaming but also about what lies ahead:

Infinileads SL is highly respected in the iGaming industry for providing lead generation through SEO for ‘free to play’ slots. Targeting regulated markets in Europe with sites such as slotjava.es , slotjava.it , nuovicasino.it , onlinecasinosportugal.pt and the emerging LatAm market through assets like casinoonlinechile.com and cacaniqueisonline.com

As a start, could you give our readers the backstory about Push Gaming. When was the company founded and did you have a certain vision when entering the slot provider space?

Push Gaming was founded back in 2010, by James Marshall and Winston Lee, who both continue to lead the business today. Initially, the key business model focused on bringing popular land based games to the online market. However, it then quickly progressed to becoming an in-house studio creating online games. Two years later, 8 games had been developed internally and these were then distributed to several major operators.

A pivotal change in direction to the business took place in 2013, as we started to produce our own games. Here, the key focus was on creating games that were designed specifically for mobile to play perfectly in portrait mode. Following that, in 2015, our distribution was streamlined through a partnership with a well-known aggregator that allowed content to be put out to a much larger audience, and our content has been reaching more and more players ever since.

Last year brought with it a lot of big milestones for us as a business. We acquired and licensed our own platform in key jurisdictions which has played  a key role in allowing us to scale up our delivery of content to new and existing partners.

Over recent months, we’ve seen the benefits of this as it has allowed us more flexibility and control over our technology, as well as the development of our platform functionality, game design and distribution.

How have the last few months been? Which game releases are you most satisfied with and have you entered any new markets?

Despite the fact that 2020 was a disruptive year for all, we were fortunate enough to be able to continue our work almost uninterrupted.

We started the year off on a high note, as we received our MGA and UKGC licences for our own platform, and following that we’ve had many strong partnerships taking place with tier 1 operators such as Gamesys and Entain. It’s also been immensely rewarding to see existing key clients, such as Leo Vegas and Casumo, also moving onto our platform to be one of the first to go live with our new content. Not only is this testament to all the hard work that we’ve been doing, but it is also a fantastic way for us to reach even more players across the globe.

When it comes to game releases, we’re extremely proud of all of them. As you’re probably aware, at Push we give a lot of importance to quality over quantity, and we work tirelessly to ensure that every game we put out is one that will offer something new and exciting for players to enjoy for many months to come. If there must be one recent game that I’d highlight, it would have to be Land of Zenith due to the new and highly-innovative Disc Mechanism feature that we’ve introduced. This really takes the whole game experience to another level as it brings about increased anticipation and excitement along the way as players can keep following the direction it takes, to see how their game play experience is set to change.

With regards to new markets, there’s been a lot of hard work going on behind the scenes and we’re pleased to say that we’ll be entering Colombia, Spain and Romania in the coming months.

Could you tell me a little bit about your top 3 most popular slot games and why you think these games are so popular?

Our top 3 games have consistently been Razor Shark, Wild Swarm, and of course, Jammin’ Jars! All these games have a high entertainment factor, and keep delivering on excitement many months and years after their release. They offer everything that a player is looking for – thrilling and innovative mechanics that keep them engaged and entertained, along with funky art and sound that our talented team creates to really get players fully immersed in the game experience.

At Push Gaming, we adopt a ‘Players First’ approach in everything that we do, and this is why our older gamers are still so popular today. We do take our time to create a release, and will never launch a game just for the sake of having a ‘busy roadmap’. Delivering on top quality entertainment that will stand the test is key, and lies at the heart of everything we stand for and believe in.

Your latest release was Dinopolis which came out across your network on the 22nd April. How would you describe this game and what specifically do you think players will appreciate with this one?

Dinopolis is such a fantastic game and is one that we’re immensely proud to have as part of our portfolio. The art is immediately striking, and players are sure to enjoy heading down to the casino with our fun and quirky dinosaur characters. The music also compliments the game perfectly, and quickly gets players drawn into the excitement of the theme and in the game itself.

It is also full of thrilling features that are sure to offer plenty of anticipation and gripping moments all throughout the game – starting from the very moment you get started, as the Base Game offers Dino coins, Instant Prizes and Multiplier Wilds. Players can also look forward to experiencing a fantastic Dino Bonus feature that’s got an exciting Pick Feature, along with Sticky Stacked Wilds and Multipliers for some awesome outcomes, along with a Progressive Free Spins feature.

Our team has really done such an excellent job to create this game! We’ve already seen a very positive uptake to the game upon release, and we can’t wait to see how this will continue to evolve.

Tell us a bit more about the future and your roadmap for 2021. Will you expand geographically? Which are the games that you have the highest anticipation for?

We’ve got a lot of exciting plans coming up in the next few months and are really keen to see our business grow even further.

This year we have much more content scheduled on our roadmap – we’ve started with Land of Zenith in February, followed by Dinopolis that came out last month. One of the most anticipated releases for this year is undoubtedly that of Jammin’ Jars 2 that’s to be released this June.

Along with that, we will also have our first jackpot game, Mount Magmas out this August and a continuation to our ‘Fat series’ with Fat Drac, coming out this October for our first Halloween-themed game.

We’ve also been working extremely hard on extending our reach to players by growing our platform further, and these next few months should see many more integrations taking place, with more of our content being available very soon.

With regards to expansion, as mentioned earlier, we are set to enter both Colombia and Spain within the next few months, with Romania following soon after and Italy towards the beginning of next year.

Thank you for your time and just to finish this off, which is your favourite Push Gaming title, and why do you like it so much?

It’s tough to pick just one, however I’d have to say that Razor Shark is currently my top favourite. Despite being released around a year and a half ago – and having played it several times – it’s still keeping me entertained and experiencing a high degree of excitement and anticipation each and every time!

It’s a mix of everything about the game that makes it a firm favourite. The underwater shark theme itself is quite appealing, and the graphics that our art team created, along with the impactful music and sound effects really bring the game to life and gets me completely immersed in the game itself. The features, of course, are thrilling as ever and always keep me on the edge of my seat, particularly when waiting for the Mystery Stacks reveal, and all throughout the unlimited Free Spins!

Although I just love Razor Shark, I’m extremely excited for our upcoming game, Jammin’ Jars 2. The original Jammin’ Jars has also long been a favourite of mine, and I think that our team has done a fantastic job of retaining some elements from the original game, and transformed it into something new with even more exciting features to enjoy. We can’t wait for players to try it out – it’s definitely not one to disappoint!. 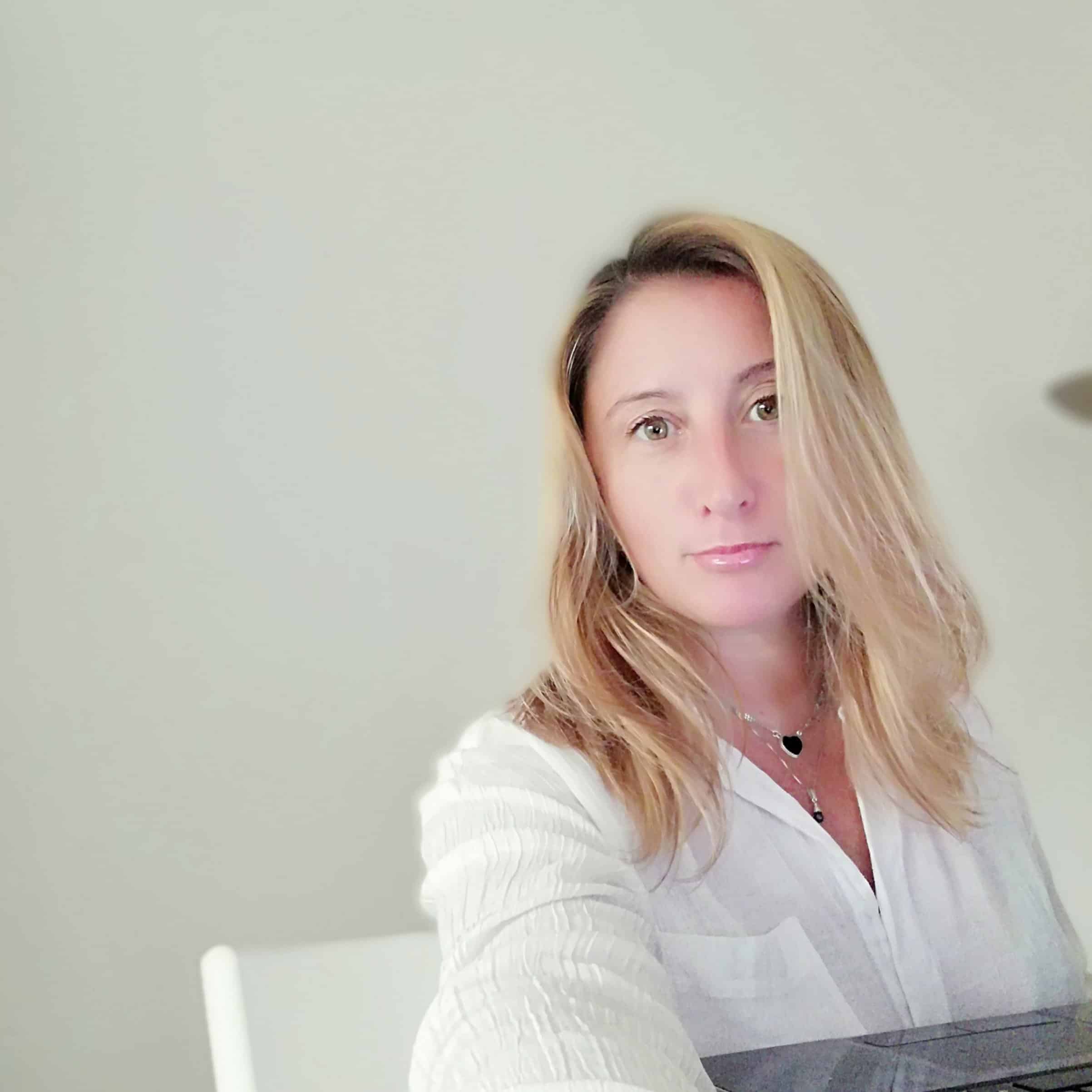 Federica De Lorenzi is a journalist passionate about sports and everything that has to do with the electrifying world of online Gaming, including the most popular casino games such as innovative video slots. She has written for several Italian websites and international bookmakers, creating numerous reviews on the game products and services offered by the most exclusive providers. 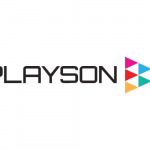 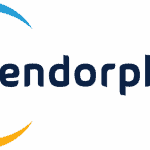 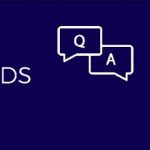